Posted by Sailorgirlfriend.com on Thursday, January 8, 2015 Under: Motherhood 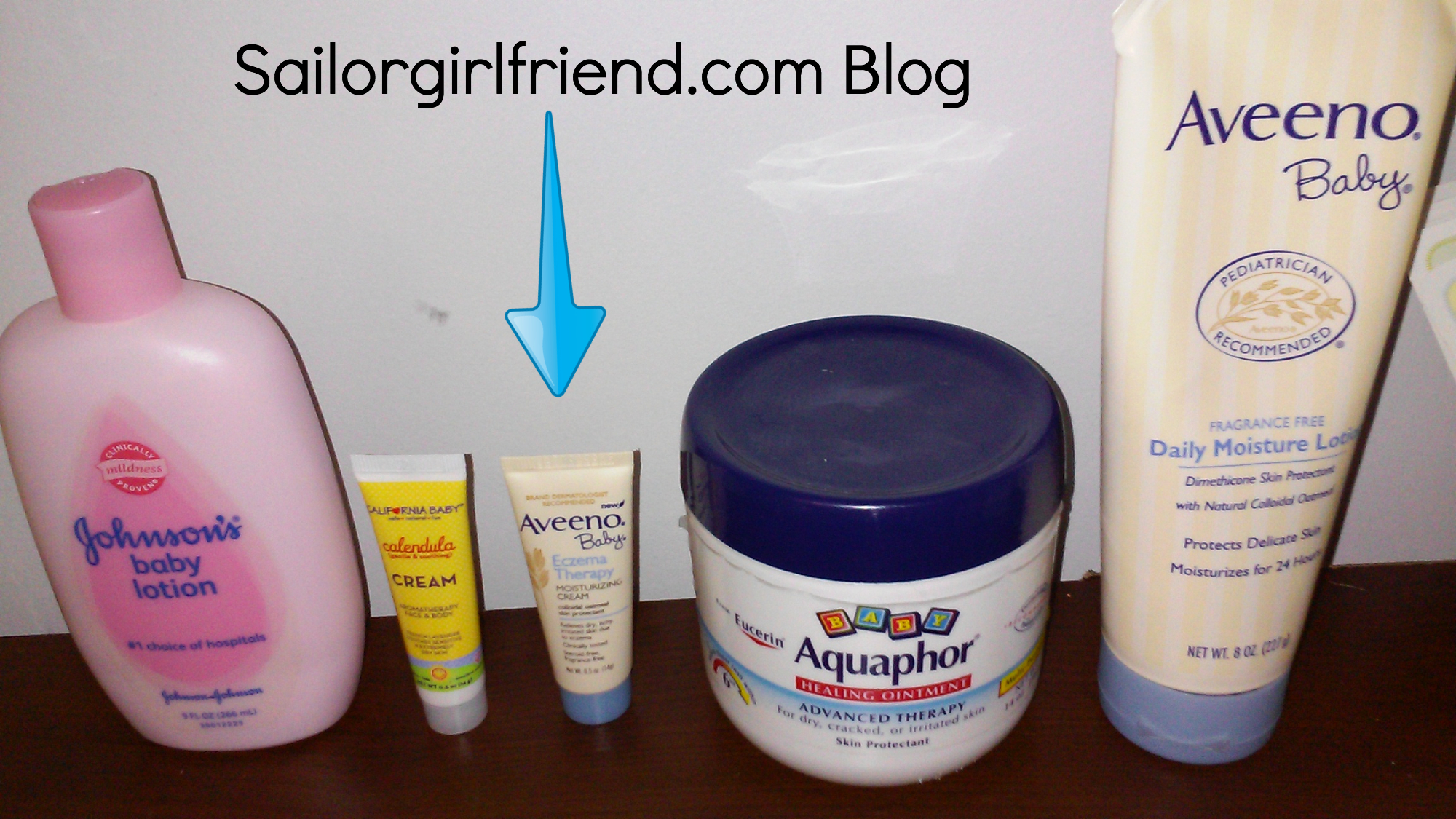 When my son was about a couple of months old, he started getting eczema around his arms and legs. I was really worried that he was allergic to our dog. It was something I was very suspicious of because I am allergic to cats and some dogs.

He was born during the winter in South Carolina so his skin got really dry from the heater in our room and the cold outside. At the time, the only lotion I used was Johnson's baby lotion and after I would apply it on his skin, it would get so red. I was so scared. I took him to the doctor's to get it looked at and initially they didn't think it was eczema and said that it's typical for babies to get weird rashes. I didn't buy it. He told me to stop using Johnson and Johnson products and get a mild cleanser and try Baby Aveeno lotion. So I stopped using the Johnson and Johnson soap and lotion and got what he recommended.

Well, sometimes it would get better and then sometimes it would get worse over the next couple of months. I went back to the doctor's and he finally confirmed that my baby son does have eczema. Just as I thought! Since during the visit, the doctor got to see the flares at one of its worst, he told me to try the Aquaphor Healing Ointment to see if that helps and a 1% hydrocortisone. When we left the office, I went to CVS to get the biggest tub of that Aquaphor Healing Ointment and 1% hydrocortisone. I would put the Aquaphor on the baby after a bath and although it prevented his skin from drying, it makes the rashes/eczema so red. It looked horrible! I also put the hydrocortisone on so he wouldn't itch as much. He was still itchy. I know that I have to continually use it to get results. Some days it got better and some days it got worse. So after a couple of weeks of it, I gave up and did some more online research.

I stumbled on a forum that said to try the California Baby Face & Body Aromatherapy cream. I applied that on the baby and even though it is organic, I feel like it's really acidic and really made his eczema itchy! I stopped using it almost right away.

Over time, I would switch back and forth with all the products and hope one would finally work. Then on my most recent check up with the doctors, the nurse gave us some Baby Aveeno lotion samples made especially for babies with eczema. I put it on the baby after his bath and I could tell it wasn't irritating him at all, not like the other ones. After using it every other day, his eczema significant improved! And now after two weeks, they are gone. Amazing! I couldn't believe it. My baby is 11 months now. He had eczema for over 9 months. The Baby Aveeno Eczema Therapy Lotion was the only one that worked and is the only lotion that I continually put on him so the eczema doesn't come back. My baby is so much happier and he is not sitting on the floor scratching his legs like crazy anymore.